The most populous hub of the East, consisting mainly of the River Leagues members, the most notable members of which are the city-states of Lookshy, Nexus, and Great Forks. The landscape is dominated by the major rivers of the Yanaze, the Yellow River, the Grey River, and the River of Tears. The Rolling River and the Avarice River are two other ‘minor’ rivers in the region, though each is competitive with the largest rivers on Earth.

The Scavenger Lands are so named because of their many ruins, filled with treasures of a past age, such as Denandsor, the Empty City, giving rise to an entire scavenging profession. The land is detailed in the books Scavenger Sons and Compass of Terrestrial Directions: The Scavenger Lands. 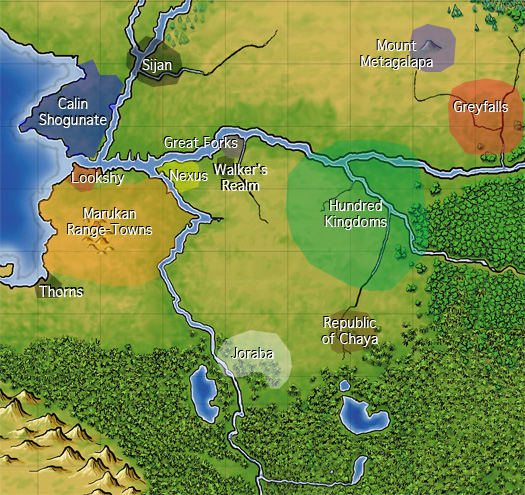