The smallest of the Realm’s four great academies, the Heptagram is located on the Isle of Voices, a small, craggy island off the north coast of the Blessed Isle. Demons and elementals alike see to it that the island is inadmissible to any who do not belong there, and the surprisingly seep channel between the Blessed Isle and the Heptagram is littered with the fish-nibbled bones of those who thought to go where they were not welcome. This academy guards its secrets jealously indeed. The Heptagram is named after its symbol, the seven pointed star. Each point of this star represents one of the greatest libraries of the academy. Those libraries represent the greatest accumulation of lore in all the Realm, and those who study here know precisely how fortunate they are to have access to them. The students of the Heptagram study sorcery, demonology, alchemy, divination and essence manipulation to a degree unseen anywhere else in the Realm. 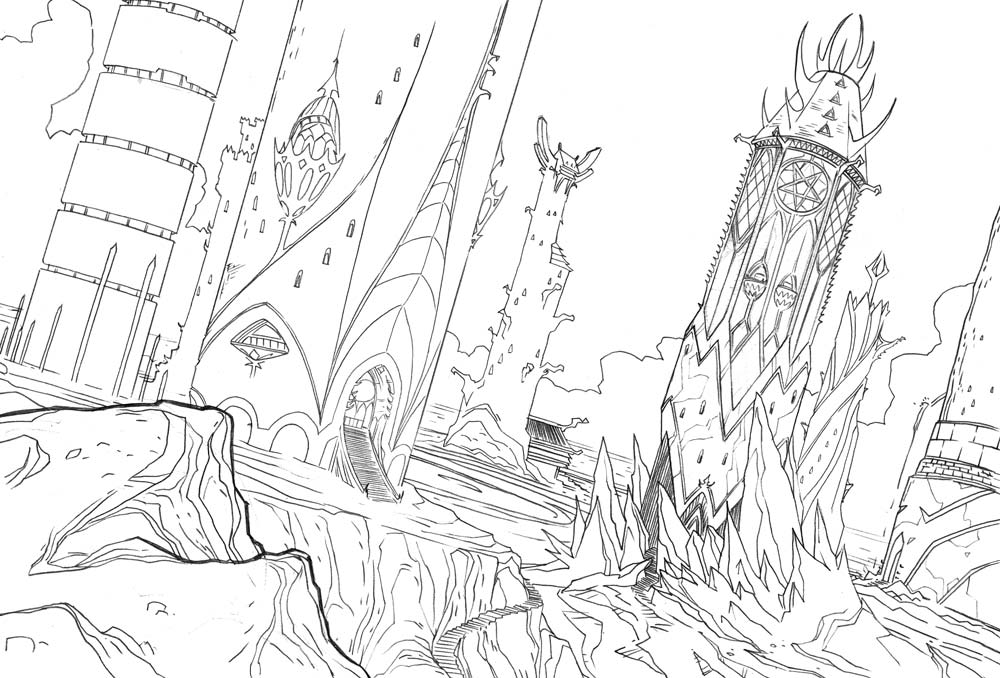 The Heptagram is known throughout creation as the finest academy of magic, alchemy, demonology, divination, and thaumaturgy in the Realm. Among the Terrestrial Exalted, only the sorcerer-engineers of Lookshy are as knowledgeable where sorcery and First Age secrets are concerned.

Grounds
There are 14 great buildings set up in a ring around a tall central tower in the compound that makes up the Heptagram. Along the outer ring, the largest of these buildings are the Libraries of the Heptagram, the smaller buildings between them are the dormitories.

Faculty
Ragara Bhagwei: Dominie of The Heptagram.
Mnemon Duhalva: The foremost alchemist at The Heptagram.
Tepet Senex: Called “Old Man” Tepet behind his back, Tepet Senex has been at the Heptagram longer than any other instructor save the Dominie.
Sorrowful Leaf: A Wood-Aspected Dragon-blooded originally from the East, Sorrowful leaf is the acknowledged expert in the Heptagram on wood elementals and magical herbalism.