Fair Folk is a term used to describe the beings who dwell beyond the elemental poles in the Wyld. The mortals of Creation believe (and they’re not entirely wrong to think so) that the raksha are listening for, and summoned by, mention of their racial name. Thus, mortals refer to the denizens of the Wyld as “the Fair Folk”, hoping to win their favor through flattery. 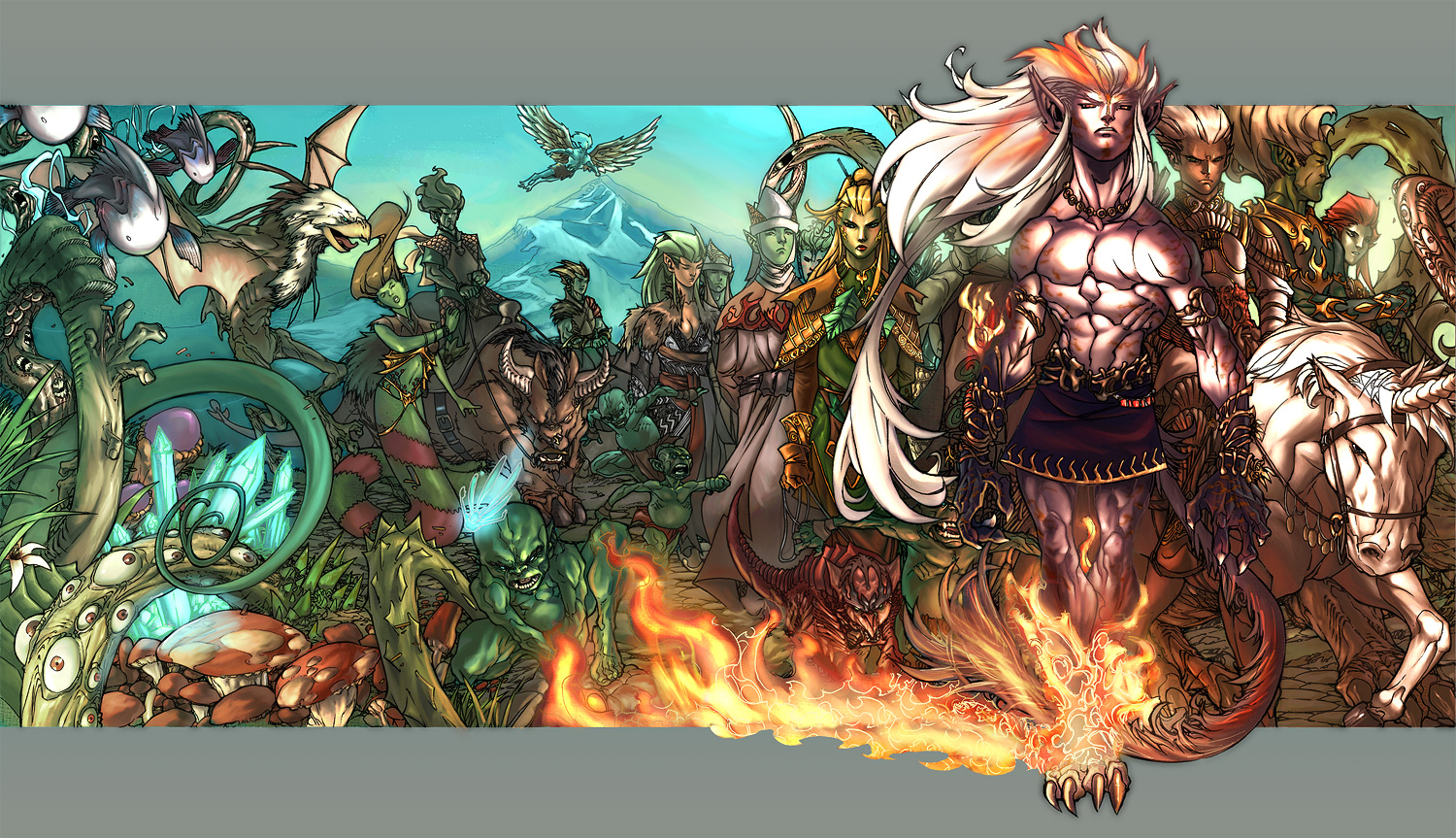 The unshaped Fair Folk who remain beyond the edges of Creation are hostile to all things of constant shape and form. A great number of Fair Folk, however, have entered the world and taken on shape. The vast majority of these beings are inimical to the beings of Creation — hunting down humans and feeding on their hopes and dreams — but a few do live among men as either lords or simple citizens. During the Great Contagion, the Host of Faerie rode out in a great crusade to bring an end to the blasphemy of shaped existence. It might well have even won had the Scarlet Empress not succeeded in bringing the Realm’s magical defenses to bear against them.