Creation is a flat, roughly rectangular area about 10,000 miles by 8,000 miles, surrounded on all sides by the Wyld. It is, quite literally, stability carved out of raw elemental chaos, threatening to be consumed by the Wyld at all times. At the edges of Creation are four elemental poles: Fire to the South, Air to the North, Wood to the East, and Water to the West. At the center of Creation is the Elemental Pole of Earth, which comprises a giant mountain on the Blessed Isle; this pole is the “axle” around which Creation revolves.

The Blessed Isle is a giant continent (approximately 6 million square miles) at the center of Creation. The rest of Creation is influenced by its corresponding elemental pole: the North is cold and icy, the West is dominated by oceans broken up by archipelagos, the South by deserts and the East by steadily dense jungle forests. As a traveler approaches a pole, the environment gets progressively more hostile to life.

Creation is dotted with several features unique to the Exalted setting, including the many Gates to Yu-Shan, Shadowlands which link Creation to the Underworld, and Wyld Zones.

Creation and the elemental poles: 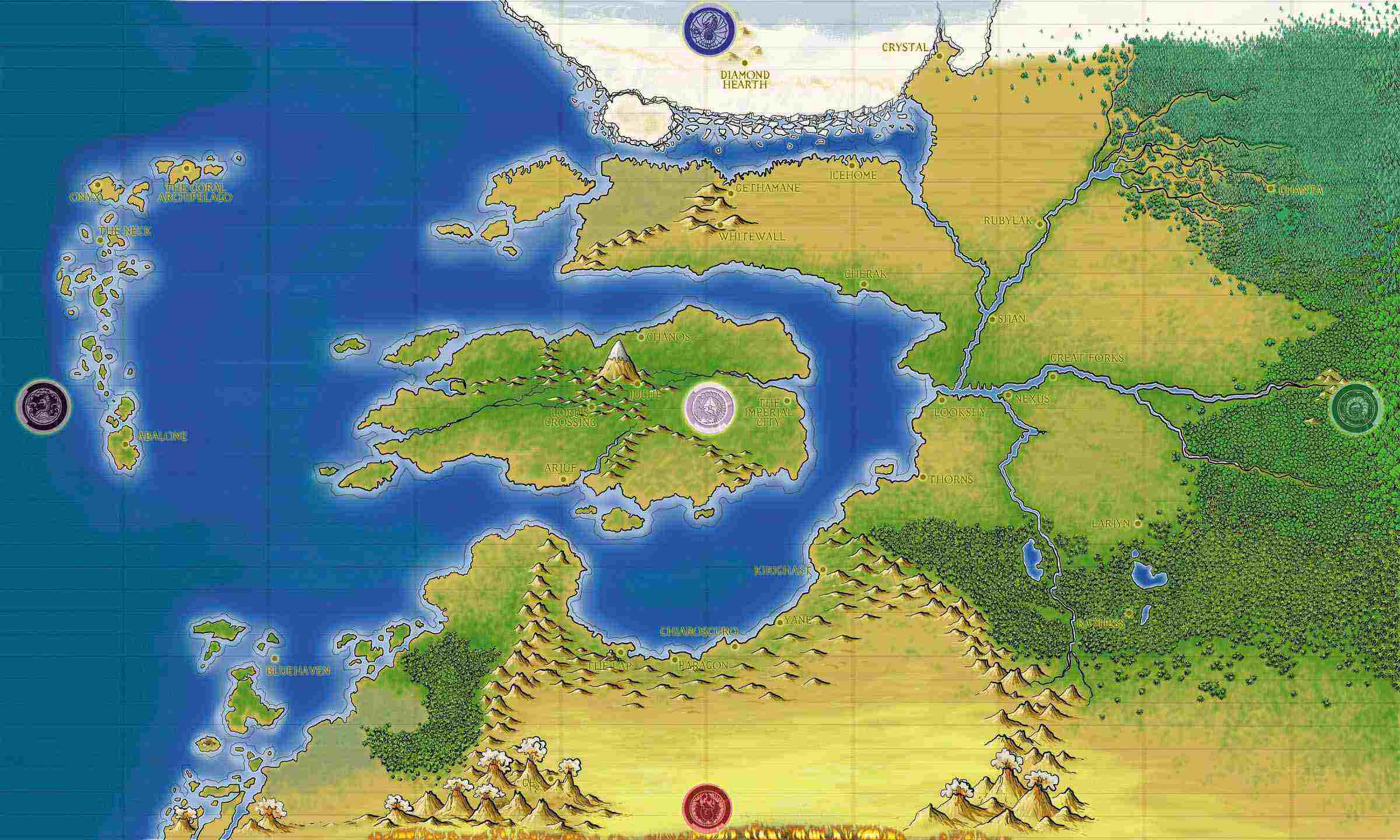